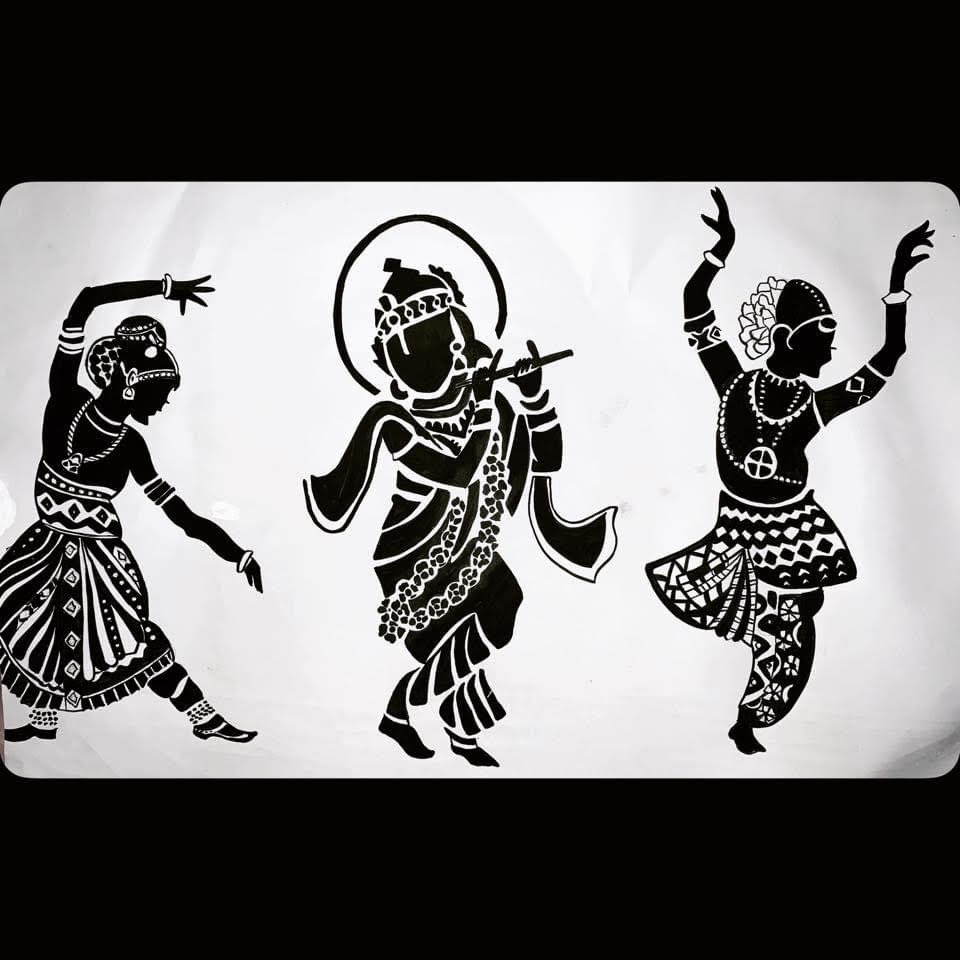 An ancient Indian form of art called Sanjhi Art, this painting is based on. The prominent figure in this painting is the transcendental Lord Krishna who is playing a melodious tune with his flute. The figures painted next to him are the two Gopis ( Women in Sanskrit are called Gopis ). They love to […]

via Natya ( The Art of Dancing ) — Pen and Brush