Born in the provinces of Central Philippines, Martin Ponferrada was brought to Australia in the early 90s by his parents. While studying, he worked as a red carpet cameraman and upon graduation wrote and directed several spec scripts and self-financed indies which have been screened at festivals all over the world. Accomplishments include a first place genre prize at the StoryPros Awards, the Grand Prize at the California Film Awards, second runner-up at the Domani Visionfest and more. “Upstream” represents Martin‘s first creative endeavour into animated filmmaking.

I should start this director’s statement by giving you, those who are about to watch this strange film, a sense of what you are about to see. It is a film about dreams that also holds the inverse: a dream about film – and not only that, but sketch and newsreel too. For me, there has always been something oddly dreamlike about flickering newsreels on old projection screens. But whatever this is, it means the world to me. It is a sincere exercise of light and movement, which, like most art, takes as its concomitant the exposure of some kind of truth through the depiction of some kind of lie. Though in Buddhism, I quickly learned that the absence of truth does not make a lie. The absence of truth makes a dream – one we all live in and call truth. But we do not know we are in this dream for the same reason fish do not know they are in water. Awareness of the essential, no matter how obvious, is not so easily attained when perception is inevitably reduced by one’s various doings. Or something like that. Basically, we can no longer distinguish life from the tasks we present ourselves while living; but these tasks are no more life than they are attempts at grasping, and so we get stuck evaluating life by how well we grasp, attaching happiness on a measure of things grasped against things ungrasped. But this is not living. This is grasping. And if the grasp does not matter, then what of the things we grasp? They are formless. Like apparitions, they are without essence. They are empty and emptier still in our attempts to grasp them, and yet grasp we still do, and we call this grasp life.
So concrete is this state that to be aware of it is often said to be like waking from a dream… All the more alarming, then, that this is the air monks breathe. Studies have shown that Buddhist monks presented with optical illusions reacted with a higher level of clarity and were able to control the speed at which information entered their thoughts. This made them adept at sifting the reality from the illusory, that is, the living from the grasping. Learning this, I came to wonder what visuals would emerge were such monks to aim this clarity on themselves. Four interviews later, I had listened to four elegant dreams. Elegant not in their composition but in their spiritual review, their capacity for reflection, their lack of nonsense as would otherwise be expected from more cluttered minds (like my own). But there was also darkness. An undeniable bleakness that did not fit in with the idealized magic I originally set out to depict. Drownings, fallings, deaths – all dark and terrifying, yet the frankness with which this terror was communicated lent itself an air of stark balancing, like there was no difference between the dreams we experience in sleep and the state of perennial grasping we call life – and to be woken from each is to leave behind a world of highs and lows, the grasped and the ungrasped, and realize that none of it was ever really there. Mind blown. This is the engine of our film. “Upstream” comes upon us in a burst of flame and is wiped from view with the dropping of blinds. It begins with “My parents tell me not to worry”, and ends with, “It’s a dream”.

Part animation and part documentary. Buddhist monks from around the world offer vivid descriptions of their dreams, which are then brought to life through detailed rotoscope. 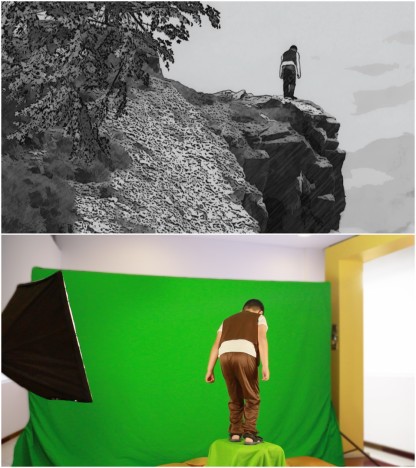 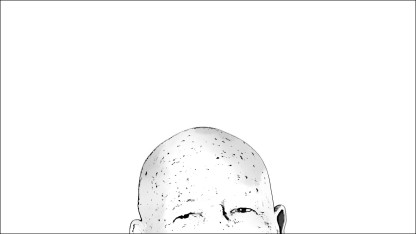 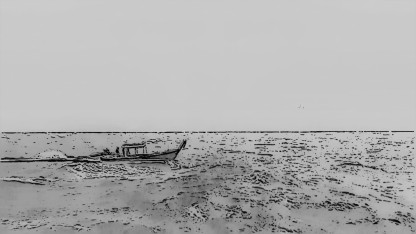 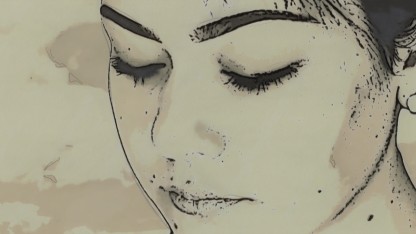