An experimental abstract piece cultivated from three different live production sessions in which synthesized video images produced with Paracosm’s Lumen software were transferred to VHS tape, remixed through a circuit-bent Tachyons+ analog video processor and then subsequently reremixed back into a computer using Arkaos GrandVJ software. The title alludes to the signals going back and forth between digital and analog manipulations before arriving at the final composition as well as the solar/planetary images that emerge from the abstractions. Music: DG13817 by Production Unit Xero

An audition for a conditioner commercial becomes an otherworldly psychogenic experience. 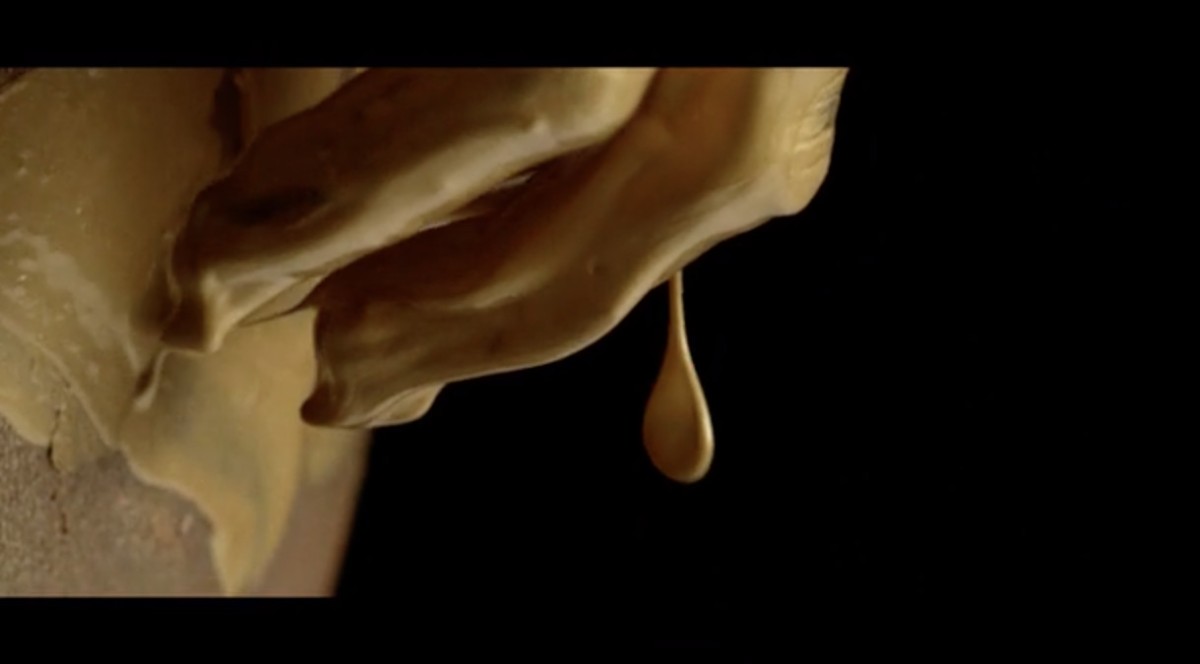 An art collaboration between a film collective and band. A beautiful short, visually stimulating and emotionally conflicting. A woman being consumed by gold.